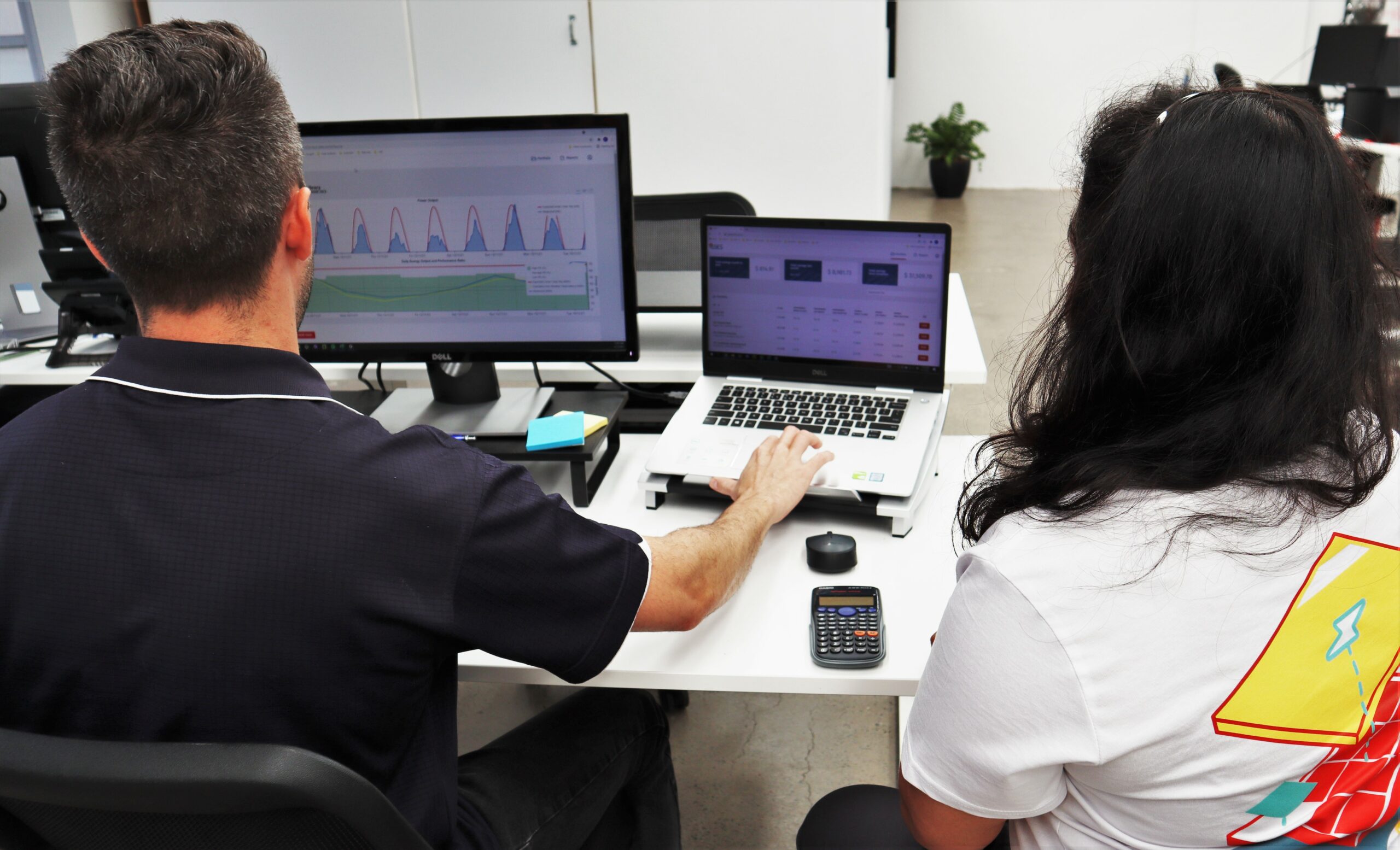 Diagno is a renewable portfolio management service that utilises data to provide the owner with actionable intelligence that guarantees extracting the maximum benefit of each asset.

This is achieved by optimising the uptime of each asset via an ongoing data monitoring of the asset’s health that utilises A.I. methods to detect and diagnose underperforming assets.

As a result, the owner gains peace of mind that their renewable portfolio is being looked after and is also empowered with transparent actionable intelligence to rectify problems as they come.

GSES is able to do this in its capacity as a leading independent training and consulting organisation in renewables and, as such, always provides recommendations in the owner’s best financial interest.

Currently, Diagno is being delivered to 19 portfolios.

For the past 12 months, we have found a multitude of performance issues over at least a dozen sites, and have been – and are still in the process of – providing recommendations to our customers on the O&M best course of action to rectification.

In this article, we review two recent issues that the Diagno team was able to identify and have rectified.

A portfolio owner of 4 sites has been a Diagno customer for over 12 months. Their solar PV sites range from 9 to 55 kW and were installed in 2019.

Although most sites were performing as expected, after over 12 months, one site showed a sudden drop in performance of about 50%.

Based on diagnostics data – which includes DC, AC as well as inverter specific data, the Diagno team isolated the issue to one inverter which was completely off, that is, no energy was being supplied through the inverter.

An examination of DC and AC profiles on the day the fault occured showed a voltage spike to open circuit values on the DC side which usually relates to a fault on the AC side due to an AC cut off.

The Diagno team then informed the owner as soon as possible and recommended that someone on site checks the AC breaker and, if it was off, to flip it back on.

As this recommendation did not require the intervention of an electrician, the owner was able to send out their own staff to check this rapidly and indeed found that the breaker was off. The staff switched it back on and production went back to normal immediately.

In this case, the issue was generating a potential loss in the estimated savings of approximately $3,800 per year. Fortunately, the system owner was rapidly informed and empowered with the right recommendation, leading to the decreased savings incurred to be a small fraction of the expected losses. The issue was rapidly fixed and optimal performance was then restored as indicated by the blue circle on Figure 2.

Case Study 2: A subtle performance loss rectified by an electrician

At the same site, a second issue occurred to another inverter a couple of months later. One site showed a lower drop in performance down of around 20% (Figure 3).

Based on diagnostics data, the Diagno team isolated the issue to one inverter, which was producing at about 75% of its expected output. DC and AC profile examinations revealed that the issue was pertaining to the DC side, at one of the two DC inputs (input into the inverter, also called DC trackers).

An unknown event had caused all DC trackers to have no energy input for about half an hour. After this event, one tracker returned to normal production, whereas the second one resumed inputting at two-thirds of its maximum capacity.

DC voltage at both trackers looked normal, so the team then examined the commissioning report and found that the affected DC tracker had three strings connected in parallel. Since the affected tracker was inputting at two-thirds of its capacity, the team concluded that there must have been some type of issue at a string level.

To summarise, one of the strings in parallel at one of the DC trackers at one inverter was faulty, and this was overall generating a production loss of about 20%. This level of deep diagnostic is unprecedented in the field and was only possible thanks to having high granularity data being examined and interpreted by Diagno’s team of engineering experts.

With the energy usage of the owner and their energy tariff information, the owner was informed that this issue was causing a loss on the expected savings of around $1,100 per year. Given that the system was installed less than 4 years ago, it was recommended to submit a work order to an electrician to rectify the issue. The cost of the rectification was expected to be paid back by the increased savings within a year.

For the owner’s convenience, the Diagno team supplied 3 approximate quotes from electricians in the local area that were available to fulfill an inspection and rectification work order.

The onwer selected a CEC accredited electrician who went to the site and discovered that one DC isolator protecting one string of the identified tracker was in the off position, causing the whole string to be off. The electrician switched the DC isolator on at which point the tracker’s performance was immediately restored from 75% to 100% inputting capacity.

It is not known why the DC isolator was left in the OFF position but voltage and isulation resistance readings were normal and no compliance issues at that isolator were observed. The electrician deemed that it was safe to switch the DC isolator back on.

While on-site, the electrician found some compliance issues on other components including potential for fire hazard from a conduit that was not properly sealed at one DC isolator entry point. Further to this, the Diagno team recommended the owner to address the compliance issues observed by the electrician in order to bring the system up to standard.

In both situations, the issue with the system was simple and only required a site visit by an electrician to solve. However, these are issues that the customer would not have noticed without a highly advanced monitoring service with appropriate recommendations.

For more information about Diagno contact diagno@gses.com.au or call us 0290245312