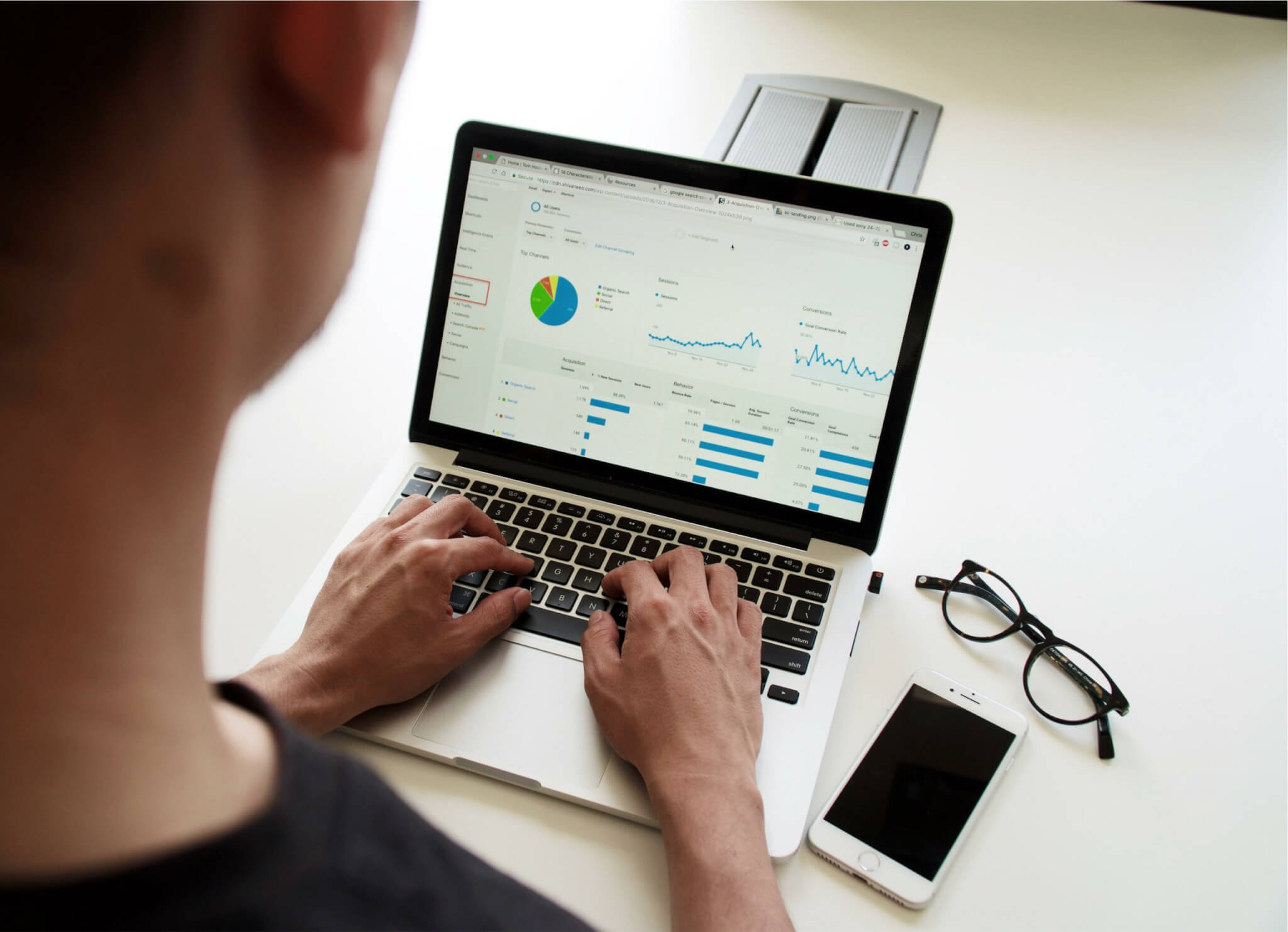 In this article, we will be comparing the two most widely used and industry standard photovoltaic simulation software packages in the Australian solar industry, PVsyst vs. Helioscope. The increased requirement for system modelling has seen the rise of simulation tools such as PVSyst, Helioscope, System Advisory Model (SAM), HOMER Pro and packages delivered by Aurora Solar. The list is extensive for both free and licensed software packages.

The article will aim to compare the following:

The success of any solar project depends upon knowing the amount of energy the system will generate. The system generation has a significant effect upon:

It is therefore essential that solar designers produce energy production estimates that accurately predict real time production. Software-based solar simulation tools are effective means of modelling PV systems, to assess the energy production both instantaneously and cumulatively over the lifetime of the project.

PVSyst is a well-established solar simulation software package that is renowned throughout the industry. The software was developed in Switzerland and has undergone and continues to undergo updates and improvements as the industry develops. It is a Windows based software package designed for the study, sizing and data analysis of PV systems ranging from residential scale to utility scale. The software has the functionality to simulate grid connected, stand-alone, water pumping and DC-grid PV systems, it also has an extensive Meteonorm satellite database, PV System components databases, as well as general solar energy tools.

The software is used by professionals such as architects, engineers and researchers, it assists in analysing and evaluating where a solar system can be installed in a given site and what objects or parameters can impact the energy production of the system. PVSyst can be purchased in full at once and provides yearly licence updates, with a 1-month free trial option as well. 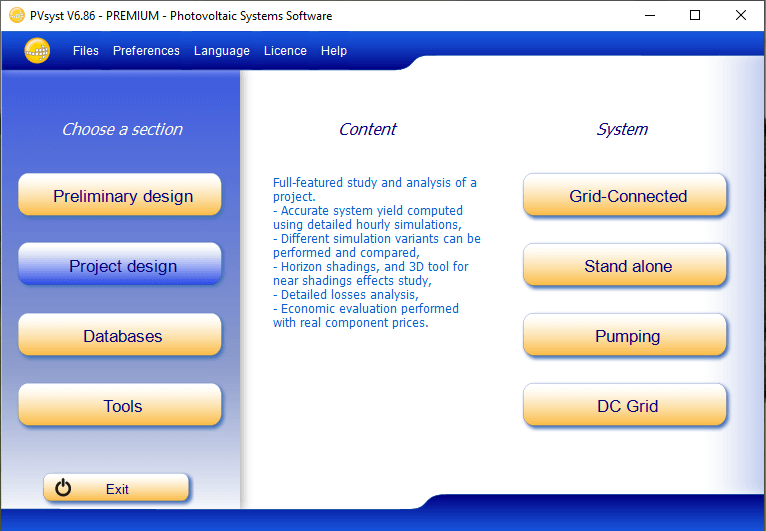 Figure 1: The project menu of PVSyst, showing its full project design functionality for each system type

The solar simulation software offers 3 levels of PV System study, roughly corresponding to the different stages in the development of a real project (Figure 1), these stages are as follows:

This is the pre-sizing step of a project.In this mode the system yield evaluations are performed very quickly in monthly values, using only primary system characteristics and parameters, without specifying actual system components. A rough estimation of the system cost is also available. For grid connected systems, and especially for building integration, this level is suited for those with limited solar knowledge. The preliminary design inputs include information on available area, PV technology (e.g. polycrystalline/monocrystalline or thin film Solar cells), power required or desired investment.

For stand-alone systems this tool sizes the required PV power, battery capacity and generator, given the load profile and the “Loss of the load” (LOL) probability i.e. the amount of the energy that cannot be supplied to the user). For pumping systems, given water requirements and a depth (overall head) for pumping and specifying some general technical options, this tool evaluates the pump power and PV array size needed. As for stand-alone systems, this sizing may be performed according to a specific probability that the water needs are not met over the year.

This section is where the designer performs a thorough system design using detailed input parameters and hourly simulation data. Within the framework of a “project”, the user can perform different simulation variants and compare them. The user has to define the module (plane) orientation (with the possibility of tracking planes or shed (staggered tables) mounting), and to choose the specific system components. The software guides the user through the steps of designing the PV system, from choosing the modules, inverter, shading analysis, loss estimation to simulating the behaviour of batteries and pumps.

As part of this process the user can also specify more detailed parameters and analyse fine effects such as thermal behaviour, wiring, module quality, mismatch and incidence angle losses, horizon (far shading) (Figure 2), or partial shading of near objects on the array (Figure 3). The results in this section of the software include many design simulation variables, which are displayed in monthly, daily or hourly values, and can even be transferred to other software for further analysis. The “Loss Diagram” at the end of the simulation is very useful for identifying the weaknesses of the system design. 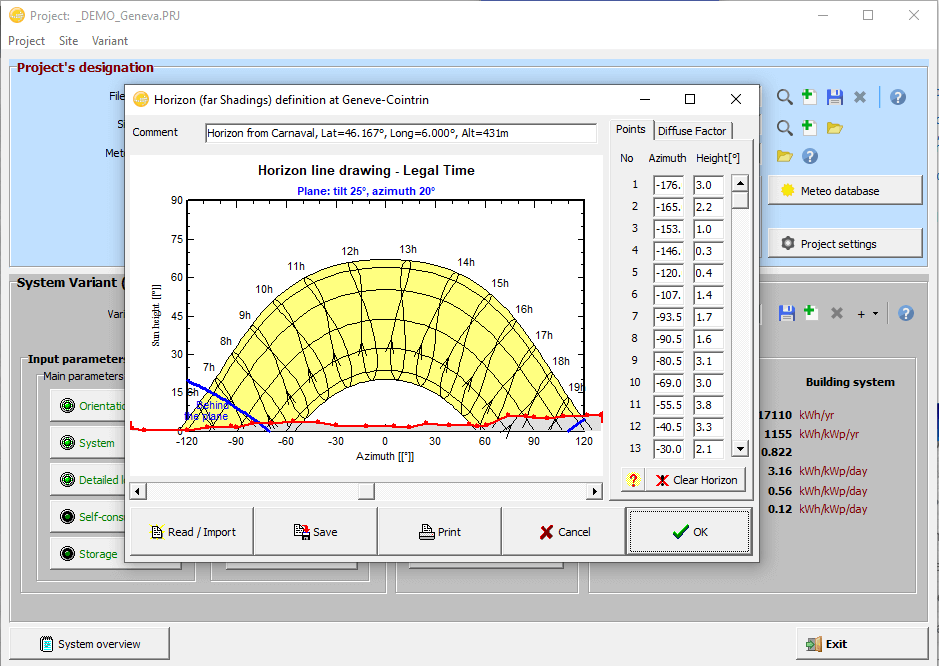 Figure 2: Determining the far field shadings on the horizon that can impact a system in PVSyst 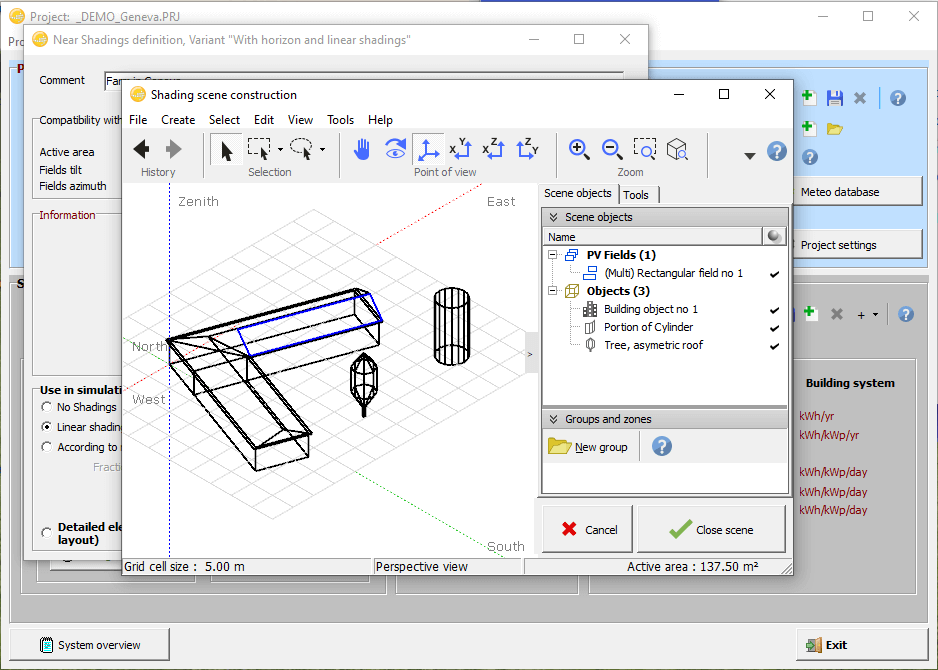 Figure 3: Constructing a near field shading scene to determine the shading from nearby objects on the PV system in PVSyst

Sounds pretty good right? You can start learning PVsyst with their free software trial and our online course today!

Helioscope solar simulation software is a web-based tool developed by Folsom Labs, it provides all the features which are available in PVSyst along with AutoCAD functionality. However, unlike PVSyst, this software package only has the capabilities of developing and simulating grid-connected PV systems.

Being a web-based tool, the program does not require a sophisticated computer to operate. The software comes with a monthly or annual subscription fee and does not require the user to purchase it (as in the case of PVSyst), this allows the user to start and stop the software service anytime. Helioscope is a fairly intuitive program where the user can easily choose from location’s address, select the roof area for the array, specify the type of PV modules, inverter and combiner box positioning details.

Helioscope also uses Google Earth to find the location of the site, which allows the user to produce a 3D model based on the site characteristics (Figure 4). It also has more intuitive capabilities of conducting shading studies of the site based on the generated 3D model (Figure 5). Helioscope is also a beneficial software to use, as it has the capability of directly exporting the 3D models generated to 3D modelling software packages such as SketchUp for further analysis such as shadow analysis or incorporating location terrains for geotechnical analysis. 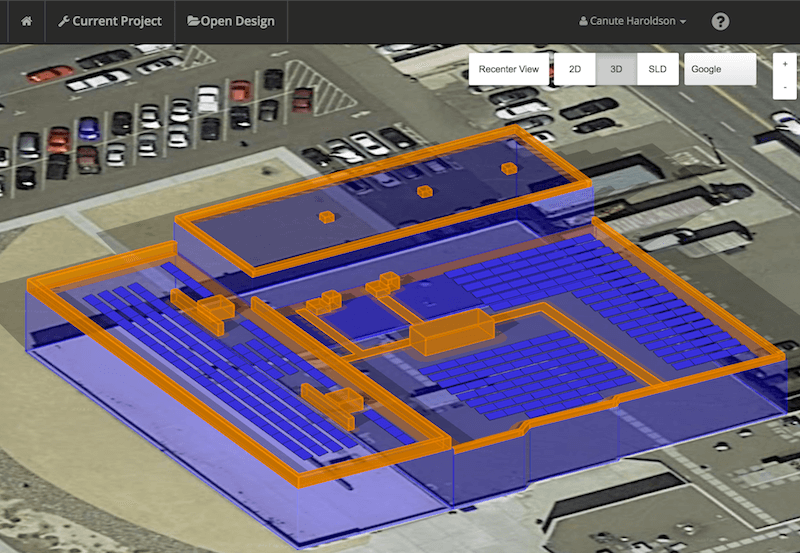 Figure 4: Developing the 3D model of a site in Helioscope 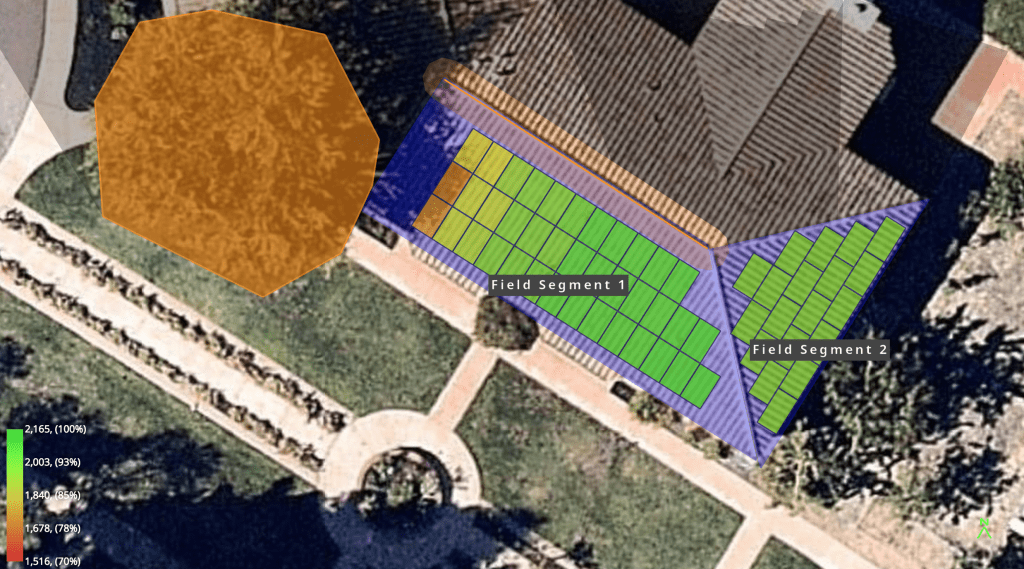 In addition to autogenerating a PV layout, Helioscope provides a detailed wiring diagram, including the exact placement of modules, inverters and other equipment. The software uses the same state of art-mathematical models that are executed in a similar fashion to PVSyst, however it excels by conducting simulations on a module level, in comparison to PVSyst which simulates on a string/sub-array level.  As a result, Helioscope has the ability to generate a precise estimation of energy production due to its ability to simulate at a granular scale. However, as the functionality of the product is limited to grid connected systems, it does not have the flexibility to model for a variety of other system types such as stand-alone and hybrid systems.

Listed below are the sections how Helioscope is structured:

This section allows the user to select the desired location for solar installation by using GPS coordinates, ZIP codes, or address.

Here the software allows the user to plan out the PV array layout on the type of site selected in the “creating project” stage. This stage can be used to make multiple clones of the design to compare different design alternatives. With the layout, the design section also includes electrical design which includes wiring configuration and inverter type. Each design created will show a brief bill of materials including the module quantity, cable quantity, string type and combiner boxes.

A mechanical layout is dependent on the field segments defining the area occupied with the solar array, this allows the user to select zones and near field objects as such as trees and other shading structures to be modelled and assess the impact on the array layout. For a rooftop solar array, objects can be defined in this section, such as adjusting the length, width and heights of near shading objects. The tool allows the user to select an option to keep the array out of shading from roof objects (Figure 6). Drawing walkways is also a feature in this section. 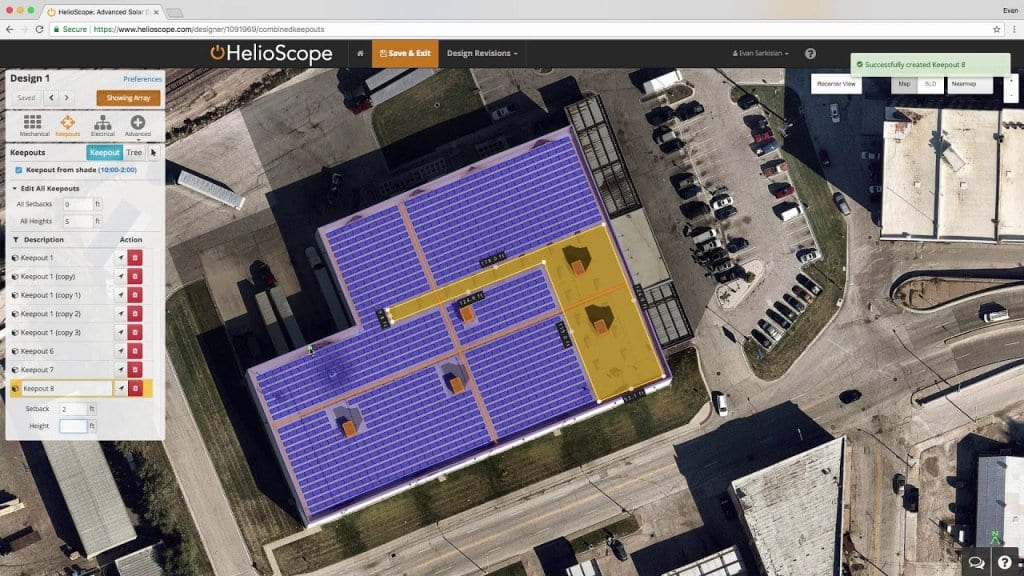 Figure 6: Assigning “keep out” zones to ensure that the array is not positioned in areas that can be
shaded by surrounding roof objects in Helioscope 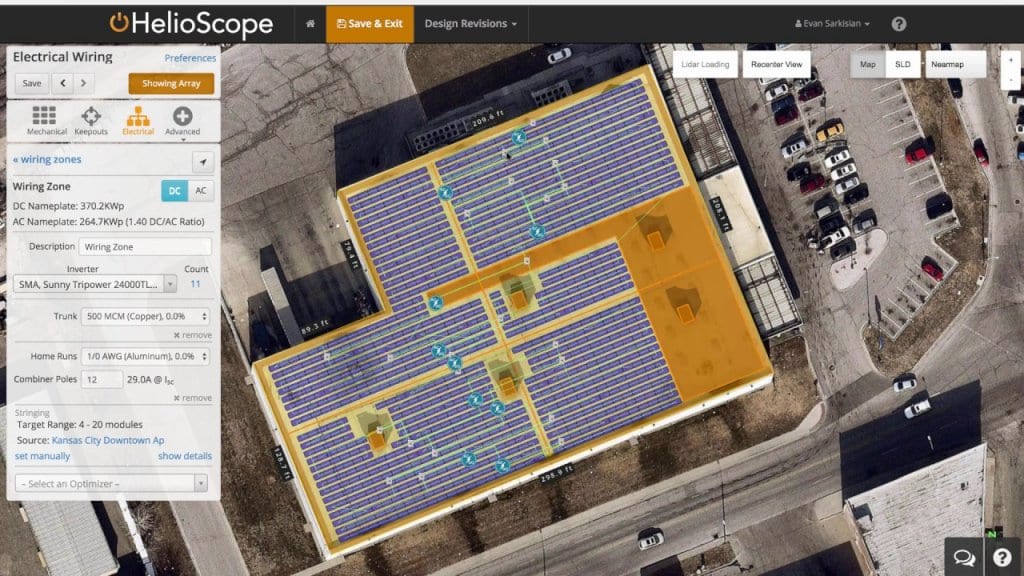 The following table highlights the most significant differences between PVSyst and Helioscope:

PVSyst and Helioscope are both bankable solar energy simulation software which can provide the user with reliable production estimates. Each software has its advantages and disadvantages. PVSyst has been in the market for a longer period of time, it has become more developed allowing for very detailed and customizable simulations making it a preferred tool over Helioscope for design engineers. However with an increasing demand on the solar industry, there is an increased requirement for designers to develop simulations with a rapid turnaround time for a site analysis.

This is where Helioscope shines, it is fairly intuitive and can provide a production estimate close to +/-1% tolerance with a PVSyst Simulation when using the same meteorological files and PV system components (based on a study conducted by DNV GL). Therefore, it may be preferable to carrying out initial analysis in Helioscope and run a PVSyst simulation after the preliminary phase to validate the energy production results.

Software choice is ultimately governed by the requirements and capabilities of the user, project scope as well as wishes of the client – be it for training, research, project development or quick analysis purposes for a sale. The responsibility will ultimately fall on the designer to select the right software for the appropriate application, which can save time, cost and efforts for both the client and the engineer.

GSES has experienced users of PVSyst that can provide assistance to all designers and installers with their designs, be sure to contact the design team at design@gses.com.au. Otherwise, our online short courses will bring you up to speed in some of these great pieces of solar simulation software.