Most solar panels or PV (photovoltaic) modules have a life expectancy of 20-30 years unless they become damaged, defective or need to be replaced due to decrease in efficiency. The amount of PV modules which are to be decommissioned is anticipated to increase rapidly in the coming years, as the early adopters of the solar boom begin to consider retiring their system for a new one or they have reached the end of their life. Whilst the number of PV systems installed steadily increases each year, the challenge of dealing with components such as PV modules when they reach end-of-life is yet to be solved in Australia and it will become a critical issue. Without proper policies and procedures in place, the majority will end up in landfill which poses a threat as some technologies contain toxic substances which could potentially leach into the environment. This article is intended to stimulate interest, as opposed to detailing the status of recycling initiatives and activities in Australia.

By recycling PV modules, not only is there the benefit of preventing the material waste ending up in landfill, it will also create more green jobs and produce revenue from the raw materials being recovered and reuse, which is known as the “circular economy”. The number of PV modules installed is rapidly increasing annually, as more people adopt the practice and technology prices decrease. A 2016 report by the International Renewable Energy Agency (IRENA) estimates that by 2050, there could be up to 78 million tonnes of waste from PV modules globally (Figure 1). However, according to the IRENA report, there is huge potential value from the “waste” of PV modules, as approximately USD 15 billion of potential revenue could be generated from the globally recycled materials. Similarly, there is also vast potential in recycling of the other balance of system components of PV systems such as inverters, batteries, production waste, etc. and some of these, such as lead acid battery recycling, is a mature industry, and e-waste recycling is growing.

Assuming a best-case scenario of Regular-loss in which we ignore scenarios of PV modules having early failures such accidentally breaking during transportation or installation, there will still be 60 million tonnes of waste globally by 2050 from PV modules alone. In comparison, approximately 67 million tonnes of all waste is generated each year in Australia.

Although there is a wide variety of PV module technologies available on the global market, the structure and components of the most commonly deployed (crystalline) modules are all relatively similar to the figure below. 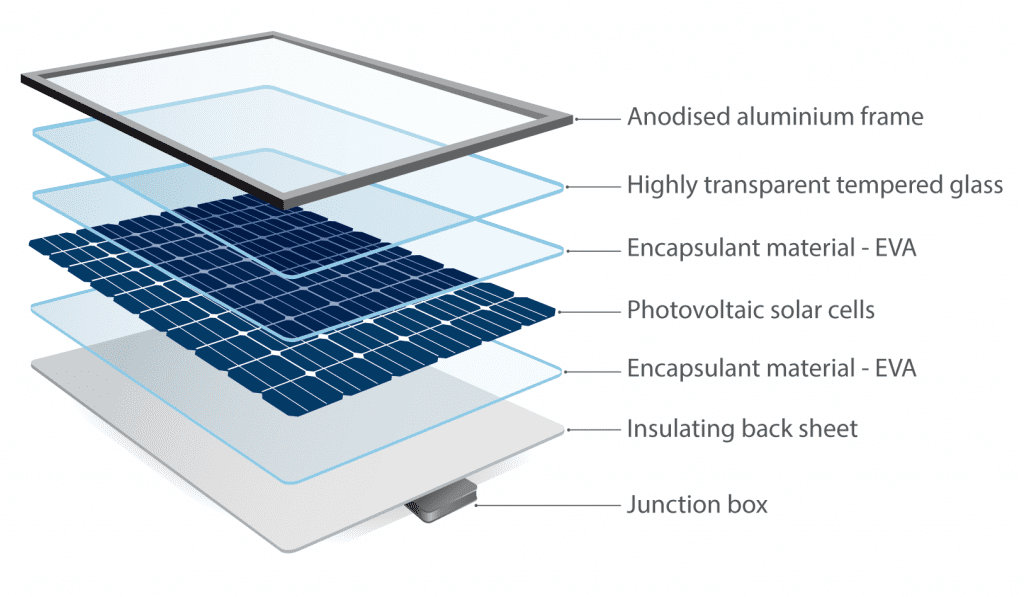 Figure 2: The structure of a photovoltaic module

Modules are constructed from several components bonded together and approximately 90% of these materials (by weight) can be recovered to be used in other industrial sectors:

Non-silicon-based modules have an even greater recovery rate of up to 98%. So why are we not recycling all of our PV modules when so much of the material can be recovered?

Recycling modules is a complex and currently quite expensive process and the industry is relatively immature in terms of commercialisation. While some of the components such as the glass and aluminium frame are relatively easy to reclaim, the costs involved with separating the encapsulant, solar cells and metals are much greater, in addition to the other costs involved such as the electrician uninstalling the modules and transporting them to a recycling plant. However, PV recycling technologies are still in the early stages. As is the case with all industrial technologies, the costs involved with recycling will only decrease as the process becomes simpler, more efficient and value chains are established for the recycled materials.

How are Solar Panels currently being disposed of?

As a result of the increasing number of PV modules being disposed of, some countries have begun implementing recycling processes. ENF Solar, a company providing PV information to suppliers and customers, currently has a list of 54 recycling service companies worldwide. The countries with the highest number are currently the USA and China, each with 12 companies, however the European Union (EU) has a larger number in total. The relative success of the EU has stemmed from introducing PV-specific legislation under the WEEE (Waste Electrical and Electronic Equipment) Directive. From 2014, all manufacturers who supply to any country in the European market are required to be responsible for the disposal and recycling of modules, including financing all costs.

One company, Reclaim PV Recycling, founded in 2014 and based in Adelaide, launched the country’s first commercial solar module recycling plant in mid-2019 and collects up to 1000 PV modules each week. At this stage they only deal with Tier 1 manufacturers and Clean Energy Council (CEC) accredited electricians, however they plan to expand to become more accessible in the future as their operations become more efficient at a reduced cost. According to their web site, they also recycle PV related balance of systems components such as inverters, array frames, packaging and more. Other companies exist that list PV as a product they recycle, however the extent of recycling has not been investigated by GSES.

As an example of State based initiatives, from 1st July 2019, Victoria has completely banned the disposal of e-waste (electronic waste), which includes televisions, computers, and all components of a PV system including PV modules as they designed for the generation …. Of an electric current”. To support this change, the Victorian Government is investing $16.5 million to upgrade collection and storage facilities. The Victorian Government estimates Category F (leisure and PV) will increase from 14,575 tonnes in 2015 to 46,785 tonnes in 2035, most of which will be growth in PV module waste.

Further, some companies such as First Solar (non-crystalline technology) have begun addressing their Corporate Responsibility by implementing recycling services.

Whilst this is a great start, there is still much more that needs to be done. There are currently 3140 different models of PV modules on the CEC approved list, from 77 manufacturers. In order to be prepared for future developments, Australia, at a national level, needs to firm up, developing policy frameworks, educational campaigns, funding and resources to gather stakeholders with strong and ongoing research and development initiatives. Funding at the outset could be an issue/barrier until efficient technologies and value chains are established, which is why nationally stakeholders need to pool resources and knowledge to accelerate recycling before Australia has a potentially massive PV waste problem. A logical path would be to build upon the Australian Government’s National Television and Computer Recycling Scheme which was established in 2011 to provide householders and small businesses with access to industry-funded collection and recycling services for televisions and computers. Australia has the Product Stewardship Act that mandates how e-waste is dealt with and PV modules are planned to be included.

Australia also has an overarching waste policy, which was updated in 2018 to embrace the “circular economy” principles. For more information, please visit National Waste Policy.